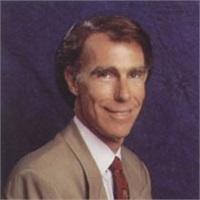 New York, NY--Highly regarded as one of the country's leading experts on financial planning and insurance services, Howard B. Cowan is Founder and President of Cowan Financial Group.

Mr. Cowan formed Cowan Financial Group in 1985 because he wanted to assemble an expert team of professionals that could provide the highest quality financial expertise and superior service to clients. The company grew quickly, and employed over 150 professional associates and legal experts with strong and varying areas of expertise including securities, accounting, real estate, and estate planning. In 2009, Mr. Cowan retired as head of the organization, and now runs a brokerage unit for Fifth Avenue Financial. Mr. Cowan mentors General Agents and Career Agents to help grow their careers.

Mr. Cowan is a Chartered Life Underwriter and Chartered Financial Consultant. He has been awarded many prestigious industry honors including the Massachusetts Mutual Life Insurance Company's highest honor, the National Chairman’s Trophy, for an unprecedented 20 years, for managing their number one agency. Mr. Cowan holds the National Management Award for being responsible for the growth and success of new associates entering the insurance field. Other prestigious awards and accolades for his achievements include the Masters Club, Leaders Club, GAMA Master Agency Award, GAMA First In Class, and Master Agency Growth Award, and GAMA Hero Leadership Award.

Prior to forming Cowan Financial Group, Mr. Cowan was the leading Assistant General Agent at Connecticut Mutual Life Insurance Co. for five years. He received the President's Trophy as leading manager all five years. Before that, Mr. Cowan was an insurance consultant and leading sales manager for the Home Life Insurance Company for eight years. He was also a member of the President's Council.

Frequently called on to speak at industry meetings, seminars and symposiums, Mr. Cowan is a former instructor of the American Management Training Council and a former faculty member of The New School. He is regularly called on by the print and broadcast media to comment on various issues dealing with insurance and investment planning.

A graduate of Fairleigh Dickinson University, Mr. Cowan attended Brooklyn Law School. He currently serves on the Boards of USTA Serves, a foundation dedicated to awarding educational grants and scholarships to children, and The American College.